How to make Gingerbread Characters, 3D not baking. 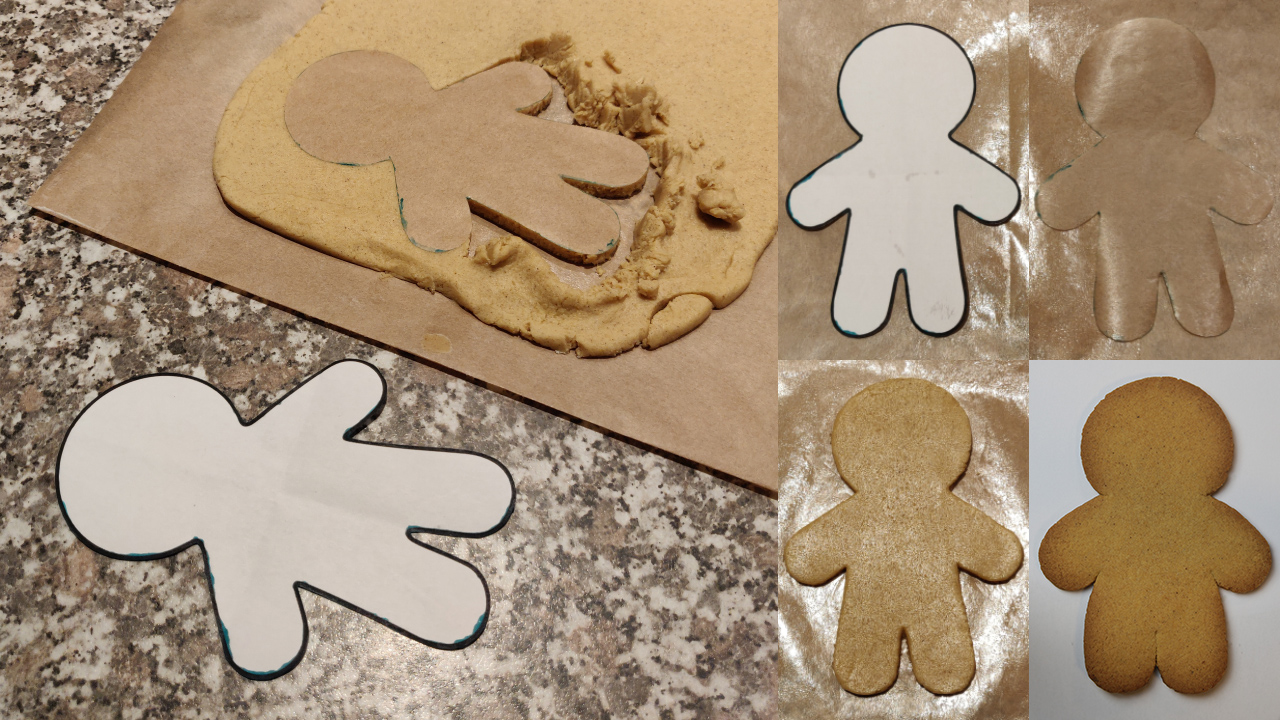 If you’ve seen our Gingerbread film and wanted to know how we made the characters, here’s a little step by step to the process we used. It was a challenge we enjoyed as it allowed us plenty of R&D, new rendering techniques, and some baking!

Once we’d had the brief from Fox Agency, Dan, our illustrator, set about sketching out the two characters. This was based on mood boards we’d put together and shared with the client. This concept art was crucial as it became the foundations of the final characters, and was used as the reference for building the 3D models. 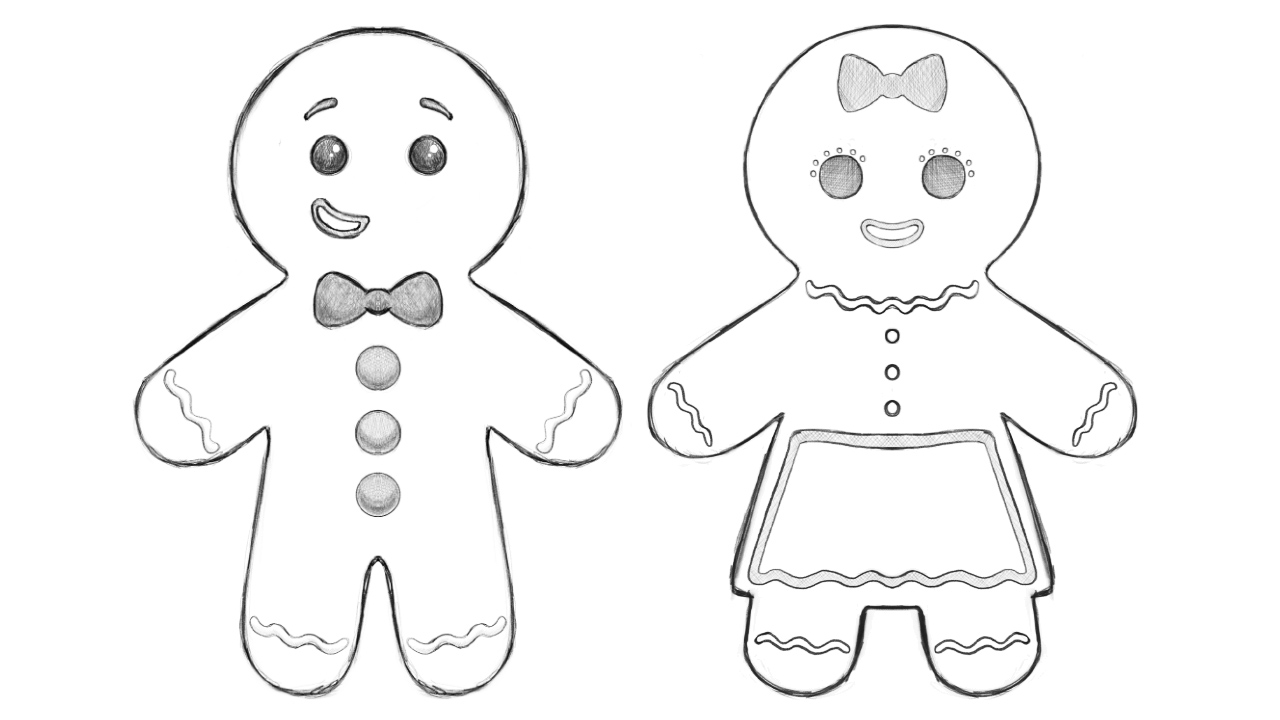 The gingerbread man was modelled with Cinema 4D (with a bit of help from ZBrush). The splines (the outlines) from Dan’s illustrations were salvaged, so they could be extruded to create the basic shape of the gingerbread man.

It was originally softened with the use of the volume builder tools. By using smooth layers with falloffs, I was able to keep the base fairly rigid, whilst making the top surface softer. In the end, I decided to scrap that approach and take the extruded spline into ZBrush for further detailing. 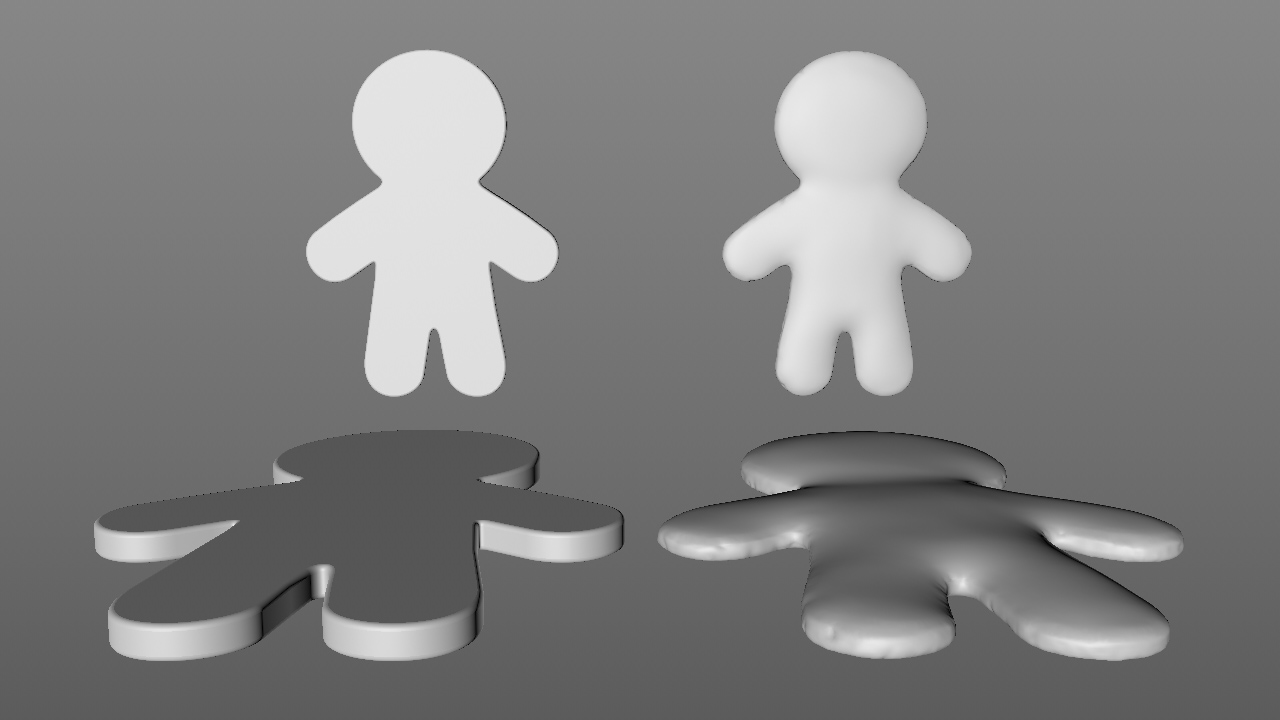 The characters were baked and then photographed; these photos were then used for texturing the CG gingerbread man. 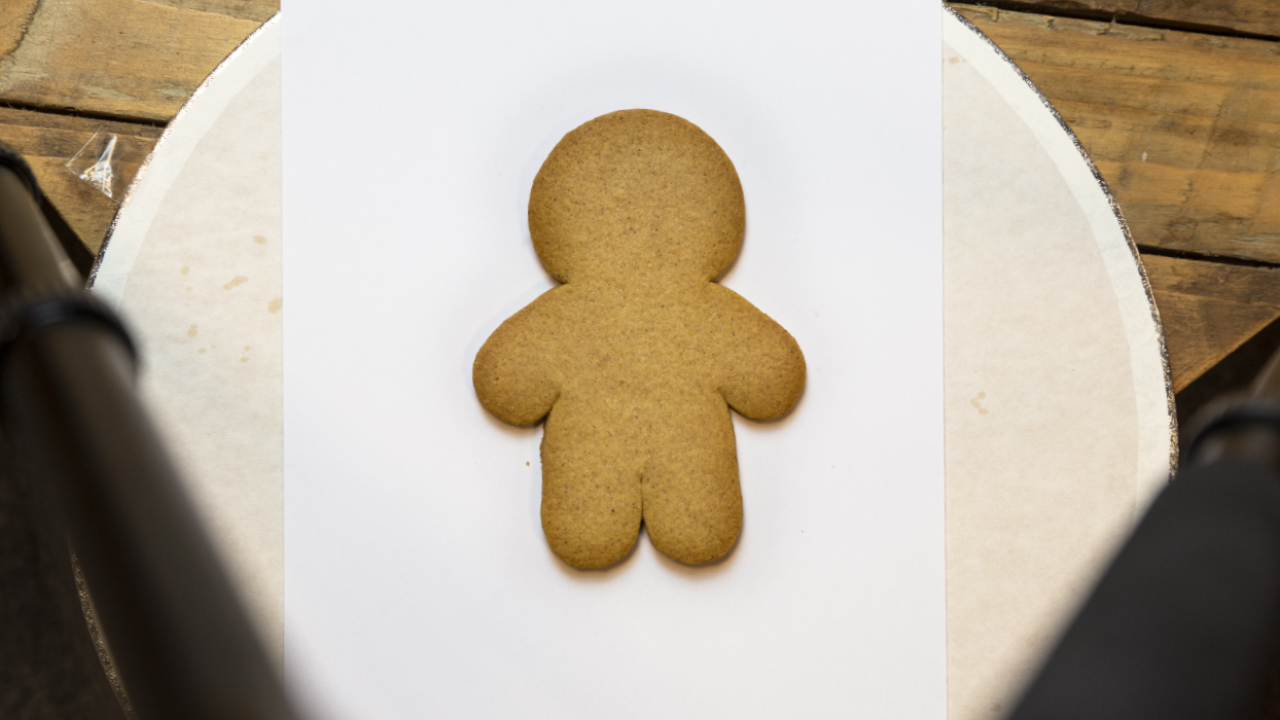 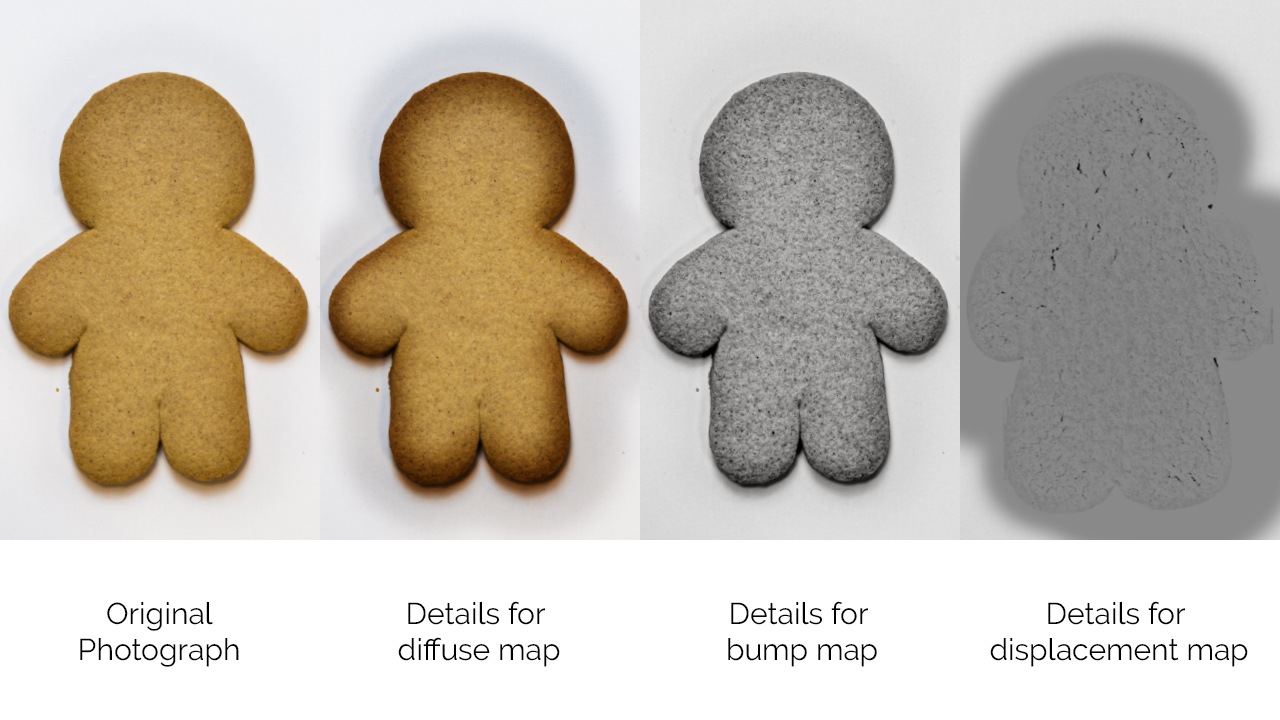 Some of the textures were amended in Photoshop, to make the edges look a bit more ‘cooked’ and add some cracks and bumps. The textures were projected onto the surface of the gingerbread man via camera projection. The UVs were generated from this, and then amended to remove any notable seams and warping in the texture. 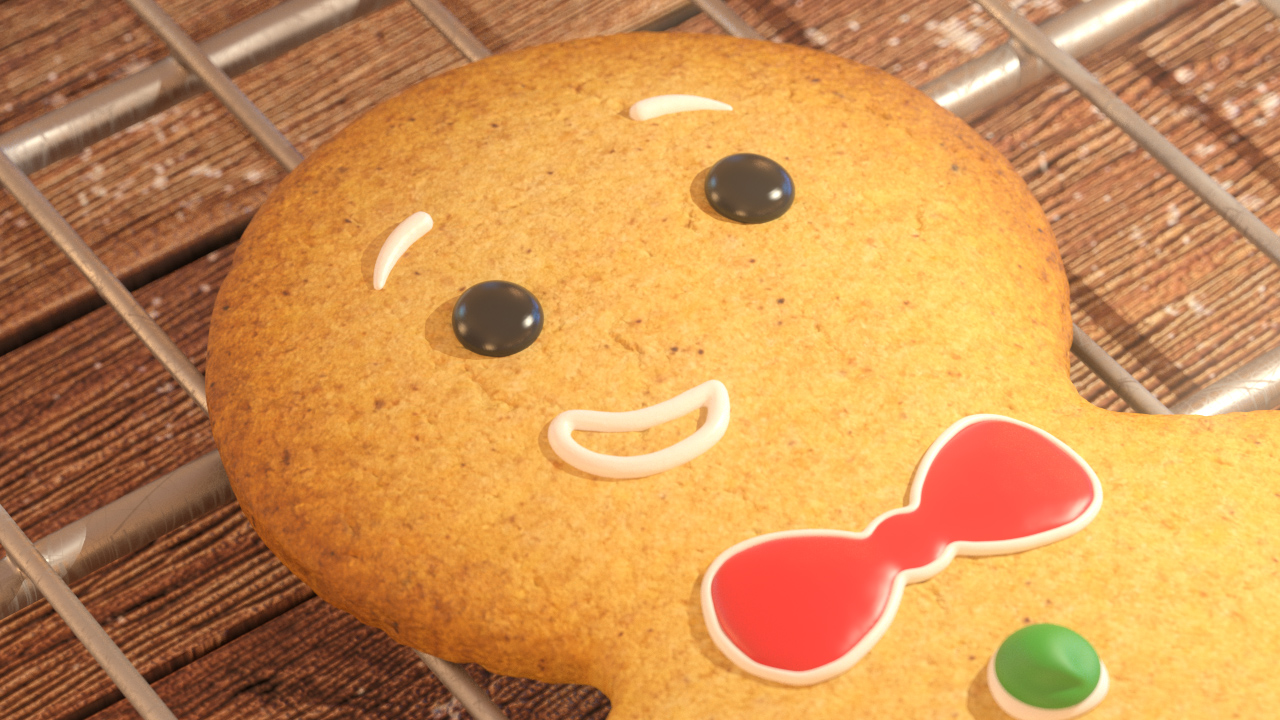 The gingerbread man was rendered with Redshift. Basic redshift materials were used for the icing features.

This scene was lit with a HDRI and a spot light, the wire rack was created using the volume builder tools and a metal material (with noise textures for the scratches), and the wooden worktop is simply a textured plane object.

As we didn’t need too much movement, we simply used deformers to animate the character’s body – no joint-based rigging involved.

Each of the character’s facial expressions were created individually and re-used whenever possible, based on Dan’s illustrations (basically, stop-motion animated).

Once we had completed some tests with the gingerbread man, and were happy with the results, we repeated the character building process for gingerbread lady*.

*Sadly we were able to re-use the gingerbread man textures, which mean we skipped the ‘baking gingerbread’ part.