Kids these days have got it sweet. If they want to play with a computer and make something, it’s easy. I’m trying to give my kids some basic knowledge and interest in programming, via Processing (https://processing.org/ for those that way inclined), but they’ve already been spoiled with Scratch (https://scratch.mit.edu/) at school.

Somehow getting a computer to ask you to type your name in, then saying Hello (or a swear word), followed by that name back at you doesn’t seem to hold the same sense of awe that it did in 1989.

Now you can make actual games with colour graphics (so many colours) and actual, real, proper sound in an hour.

Back in the days of the passback, I’d have given my right arm for that power. If you wanted to make something good on a computer back then, you had to be some kind of genius – (shout out to the Oliver Twins & Matthew Smith).

After many failed attempts at impressing my kids with my “skills” on a spectrum, I decided to pull out the big gun. My first “proper” graphic on a computer.

Now I may have knocked up some simple blocky things beforehand, but this one was my pièce de résistance.

So here it is, my first computer graphic. A vinyl record – programmed on a ZX Spectrum in BASIC. I dare you to not be impressed. 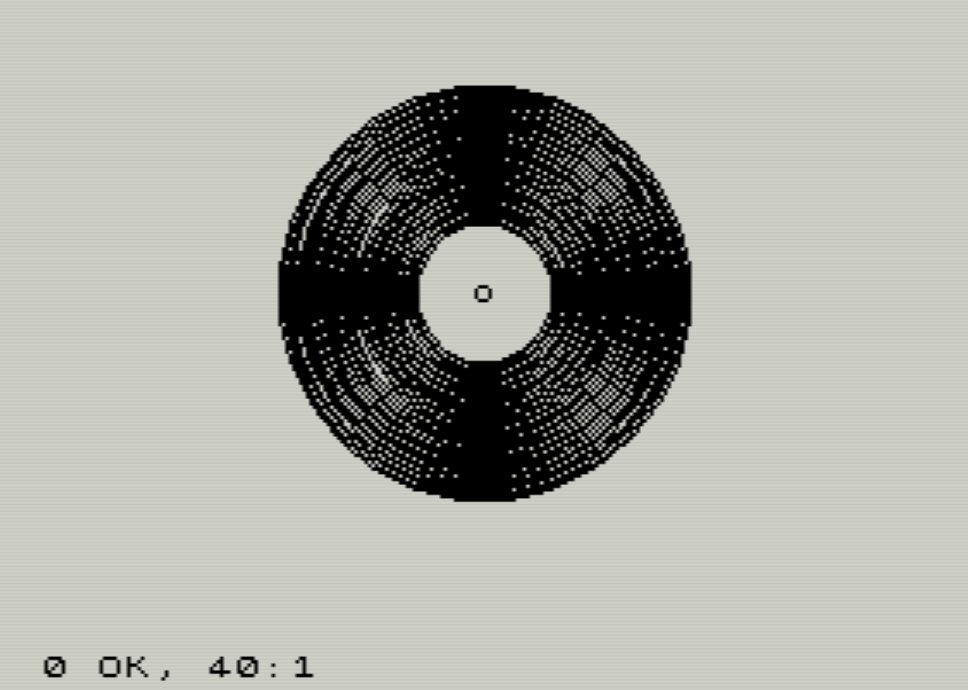 There was obviously no going back.

I was on my path to a career pushing pixels.

One day I’ll do something that surpasses this masterpiece.

If you are interested in visual coding, or you want to try and get your kids into general coding, then I highly recommend Processing (and its cousin P5.js) and the tutorial videos of Daniel Shiffman;(https://www.youtube.com/channel/UCvjgXvBlbQiydffZU7m1_aw)