Part 2 of our 15 styles of animation. 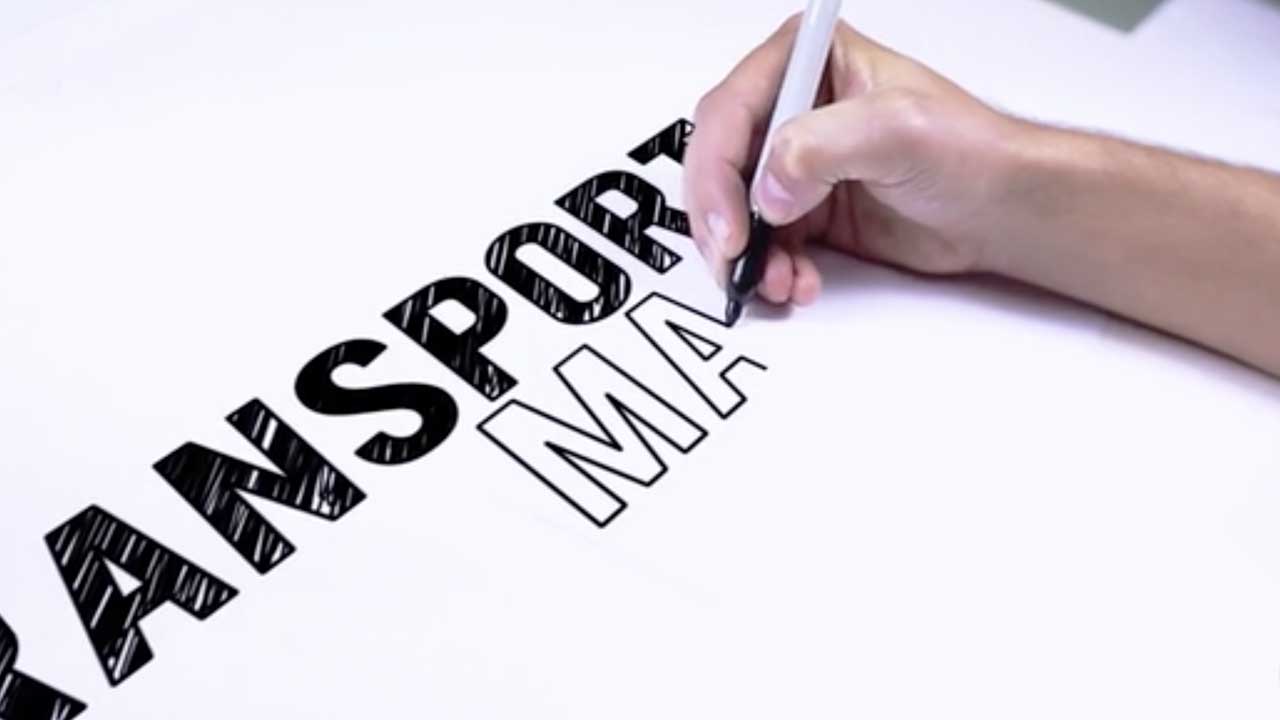 This technique is something we are regularly asked to do for clients.  Whether they are really animation is up for debate, as, in their purest form, they literally are a camera watching someone draw. At speed. The TED talk below from 2010 is one of the early examples I recall, that kick started this genre.

They work, clearly, which is why a big market has grown for them. As the popularity of these has grown, so too the amount of companies promising to deliver, at a low cost. To cut costs, the process has been shortened with software being sold that can cheat it for you.

Why spend hours doing frame by frame illustration when you can automate it? What was once a quirky illustrated style became a saturated market of poor imitations.

We produced a piece for the Department of Transport  many years ago which was briefed this way. We proposed a style that hinted at this, but pushed it on, to something new. Thankfully the client took this advice and we managed to deliver something with this aesthetic, without delivering something generic.

If you’re after Whiteboard animation though, I’m afraid we’re probably not the company for you.

Rotoscoping is an “animation technique that animators use to trace over motion picture footage”. It’s also a big part of the VFX industry where it’s the technique of cutting people out from backgrounds. Its use in animation is similar, you draw over frame by frame. As with most things, there are softwares that help speed things along, but the end effect is generally very sketchy and loose.

It’s a great organic technique, and something that is having a renaissance at the moment. The free style look is appealing and is the direct opposite of many slick looks that strive for perfection. The only problem with it is you are limited to the footage you have to work with.

You need some source footage to draw over, and to work from. The beauty of animation is it takes you beyond what is possible with filmed work, and this is where the rotoscoping technique can fall down.

This all depends on what kind of puppet’s we’re talking I suppose. A puppet show isn’t an animation, it’s real and something you’d film. But Puppet animation is different. The discipline is very much stop motion, which you can read more about in part 1 of this post.

Most people would think of the classic Wallace and Gromit for this kind of animation, but that is classed as claymation which we’ll cover in part 3. Puppet animation uses solid materials and characters, built on a skeleton, to allow their movement. Both have their challenges, but Puppet animation probably has more challenges based around making the movement flow.

There are a few studios that stand out in this field, we all know Aardman, and locally we have the amazing Mackinnon and Saunders. As an example for this though I picked out this lovely Aardman hedgehog piece for Maynards. You can see so many challenges in making this, but as ever, the end product is fantastic.

There’s a dividing line here between animation and gaming, and I’m sure this is a line that will become ever blurrier as these worlds come closer together. In 3D animation there’s been a huge move over the last year to realtime rendering. Rendering is a whole other post in itself, but things happening real-time is the way a game is played. It’s also the way some animated graphics are starting to lean.

Having access to this technology in animation is changing the way people work. It also means animators aren’t tied to the old traditional format, i.e we make the animation, render, then deliver. Once completed there is no coming back and changing. Having things happen in real time changes that narrative.

The old workflow was necessary because we didn’t have the processing power, or the tools, to allow animation to be altered in realtime. There wasn’t a clever way to allow the viewer to be involved, to interact. The speed the technology is moving means a lot of animation studios are able to change their pipeline. But as importantly, change how animated stories are told.

What was once a leap into the future is now something we should see as a standard area within the creative industry. It is clear to see this will increasingly become a place where animators will be placing their work. Whether it is right for long form content is up for debate, largely due to comfort than technology. I certainly don’t want a headset stuck to my face for 2 hours.

Another interesting part of VR is how this tool helps animators to work. As this article on AR Post says “VR surpasses the limitations of 2D animation with functionalities that enhance spatial understanding. Animators can create more complex imagery while they are immersed in virtual environments”

We’re yet to use VR in this way at Mighty Giant, but can certainly see the benefits of being immersed in the world you are creating. The thought of being able to sculpt and model as it you’re in the room with the object is exciting. It would also lead to a whole new studio set up from the conventional desks and computers.