What do we reckon to office life…post Covid? 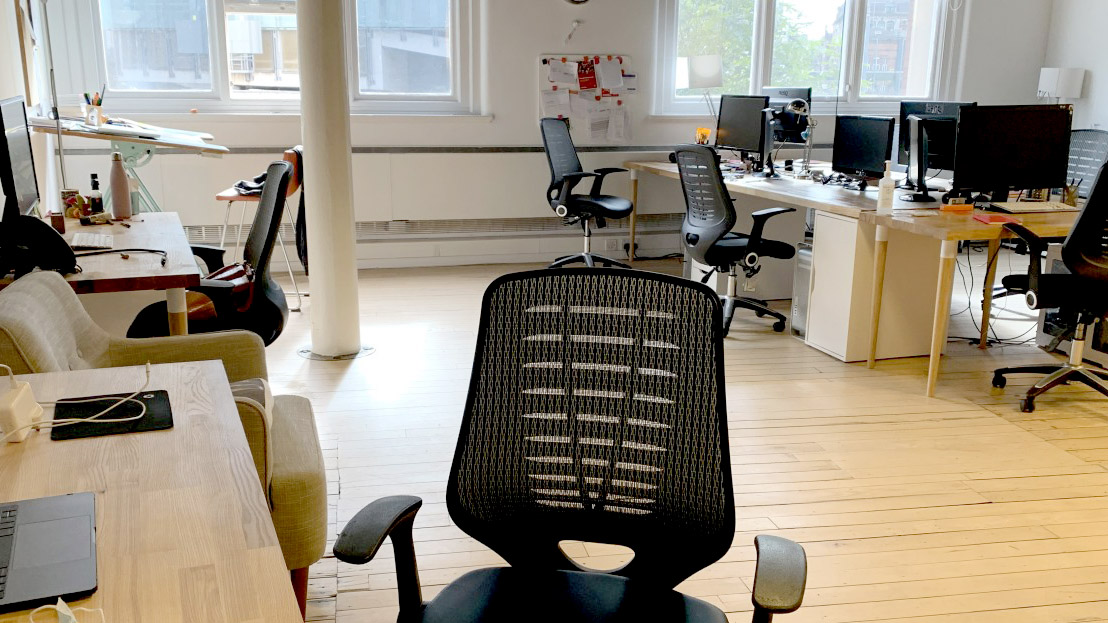 Last week we trialled a day in the office. I’d probably only popped in twice in the last 6 months, this was the first time we had a number of us in, together. Not all of us, understandably some have reasons to want to leave it a little longer, but we safely managed to spend some of the day together helped by a bit of a rethink on the layout, some Perspex, and plenty of hand sanitizer.

None of this is anything groundbreaking, we all know the working world will now be having a shake up. But these are a few things that have been through my mind since that day

Zoom needs to sort the echo.

Are we doing something wrong here, but no matter how we tried it, the echo prevails. Lets face it, the video call has finally made its move and is here to stay. Half a day to get to London and back? Even a walk across Manchester can be avoided now. Everything can now be more immediate (whether that’s always a benefit is another discussion), however work from home video calls are very different to office video calls. The technology and the etiquette around video calling when 3 of the 4 callers are now in the same room compared to everyone remote does need some thought. We’d spent 6 months apart, and the first day back together we’re all trying to find separate rooms again!

The working day has changed.

I arrived at 10:30. Dan, left at 3pm, shortly followed by me, Grace stayed later. One of our team travelled over from Yorkshire so we had to factor that in. I worked from home early, travelled in late, travelled home early and picked up when I arrived back. I know it blurs the home/office boundaries, but it does allow flexibility in travel. Something Manchester mayor Andy Burnham himself has encouraged.

Working apart is productive and focussed.

I realised how much less distraction there is when you are alone, and head down into your work. You’re always available in an office for input/questions/chatter. We’ve also realised how our communication, in some ways, is better when we’re apart. We couldn’t work without Slack, it’s our constant form of communication, but we’ve realised it also allows you to follow conversations so much closer; and to be able to refer back to check points.

…but working together is human.

There was something really nice about turning around and asking Grace, our Studio Manager a quick question, then Dan, hearing what we were talking about, joining in the conversation, and adding something to it. Also our intern Molly actually being involved in office chat; I do feel for anyone starting out in a career in this climate.

It does make me wonder how much we miss by conversations being so formal. Slack is fine, but it’s just not the same.

I’m lucky to have the team I have.

We’re a small unit, but a close one as a result, and I think we’ve learnt more about each other during this than before. We’ve also probably grown even closer as a team by being apart (which, thinking about it, in itself should probably be worrying?!) We kick off every day with a group Zoom, and regularly drop in during the day. Prior to lockdown we’d meet on a Monday morning, and then hold project specific meetings. Having the regular check in, no matter how brief, has fostered a lot more cohesion.

Where do we go from here?

We’re not going to be in the office properly anytime soon, especially when we can see the Covid rates rising as they are. It’s just not necessary in our line of work. I heard of a company that ditched their office and hired a room in a pub once a week to catch up. I’d love to be brave enough to get rid of the office all together, I’ve been in discussions with other companies about sharing, however it’s still nice to have a Mighty Giant home. We’ll be back working together, physically, in some shape or form in 2021 I’m sure of it. At the moment it’s up for grabs exactly what that shape or form is.